Bella Stone & Quartz Surfaces has been bringing beauty and elegance to Austin, Central Texas, & beyond one project at a time for 39 years! 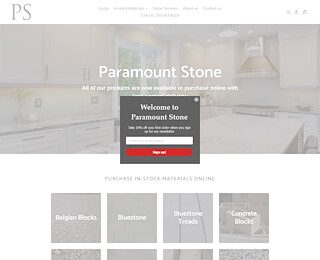 Aurea Stone a type of Quartz stone. It is the only quartz that has a high definition. High definition is Observed by how clear and sharp the lines are. In quartz, they are more blurry and faded. Another quality of Aurea over quartz is that the aurea stone is translucent. This is seen by the soft and subtle undertones. Quartz looked two- dimensional. The third difference is that aurea stone has a smooth, grainless surface. This smooth surface makes it shine more and reflect light better than quartz. It is also a stone that is very easy to clean.

These advances are because of a single step temperature and pressure process resulting in a natural looking stone similar to marble. The aurea stone comes in slabs that are in two sizes. One is a regular slab that is ¾" thick and 120" by 56.5". The other is the jumbo slab. It measures 1-1/4" thick and measures 126" by 63".

Aurea stone has several patterns. One of these is the Dinergy.  The Dinergy concept is that a rectangle has two unequal parts. When the two sections referred to as a minor part and a major part are joined together, they will make a whole. This pattern uses many colors and shades on each vein. It is so unique that it looks more like it came from nature than that it was manufactured.

When you are a perfect example or match of something, it is said that you epitomize it.  This pattern is named after Picasso. He was believed to have been the epitome of perfection. This is mirrored in this pattern of aurea stone. This is an elegant type pattern and is used in many upper-class homes.

This pattern is named after Abraham Lincoln, who was our 16th president. He was a fan of Shakespeare. The combination of the character of Lincoln and Shakespeare inspired the Calacatta Lincoln marble. This was discovered in 1873 in Aspen, Colorado. This stone has a transparent white background, and the veins are a very distinct grey.

A paragon is a pattern or model that shows perfection. Several artists have very distinct pieces of art. These are such that a person can tell who the artist is by the nature of the article. The Paragon Aurea stone has a white stone background. The pattern looks deep and elegant.

Phidias was an artist from Greece. His sculptors and paintings were well known to him. This stone has a unique design that has a variety of colors and patterns that are natural looking.

This is one of the four painting modes during the Renaissance known as canonical art. The word sfumato is Italian for smoke, and when translated into the English language, it means soft, blurred or vague. The famous painting by  Leonardo DaVinci's  "Mona Lisa."

The Aurea stone Venatino Sfumato shows the transparent background. In this is a soft pattern of veins that can be compared to da Vinci's artwork.

We welcome your comments!

or send us an email at info@bellastone.com